Treating Erectile Dysfunction With Low-Intensity Shockwave Therapy and Tadalafil: The Results of a New Clinical Trial 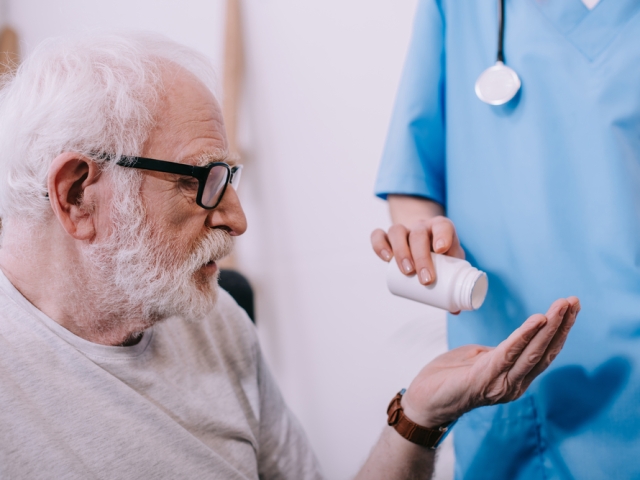 Erectile dysfunction (ED), or the inability to get or maintain an erection firm enough for satisfactory sexual activity, is a relatively common condition that affects men worldwide. In recent years, researchers have been testing the efficacy of restorative therapies aimed at regenerating damaged tissues, vessels, and nerves that may be contributing to ED. One such therapy is low-intensity shockwave therapy (LiST).

In clinical trials thus far, LiST appears to be a safe first-line approach for treating ED with no reported adverse side effects. Nevertheless, further research is needed to demonstrate its effectiveness as an ED treatment, whether alone or in combination with other ED treatments. The authors of a recent study in the Journal of Sexual Medicine sought to evaluate the efficacy of LiST in combination with tadalafil (a phosphodiesterase type 5 inhibitor (PDE5i) approved for the treatment of ED) in men with mild-to-moderate vasculogenic ED. To do so, they created the first double-blind, randomized, placebo-controlled clinical trial to examine the effect of LiST and tadalafil versus LiST and placebo on ED patients’ erectile function.

Fifty patients with mild-to-moderate vasculogenic ED were recruited for this clinical trial. To be included, they had to meet the following criteria:

The fifty participants who were included in the study were randomly divided into the LiST and tadalafil group (n = 25) and the LiST-only group (n = 25). Participants in the LiST and tadalafil group completed six LiST sessions total, (twice a week for three weeks), while taking 5 mg tadalafil once a day for four weeks. Those in the LiST-only group followed the same LiST protocol but took 5 mg of a placebo once a day for four weeks.

Erectile function was evaluated for all participants at baseline, as well as at 1, 3, and 6 months after treatment through the IIEF-EF.

Overall, the numbers of patients who saw a minimal clinically important difference (MCID) in their IIEF-EF scores between the two groups were as follows:

There were no adverse side effects reported at any point during the study.

While the results of this clinical trial seem promising, the authors recognize that additional trials are necessary to broaden the scope of this research. They explained, “The present study recruited patients with mild or mild-to-moderate vasculogenic ED that were on regular treatment with PDE5 inhibitors and opted for an alternative treatment modality. Our findings suggest that the combination of 6 sessions of LiST twice weekly for 3 weeks and tadalafil 5 mg once daily for 4 weeks may further ameliorate mild or mild-to-moderate vasculogenic ED compared to LiST monotherapy in patients with prior good or partial response to PDE5 inhibitors. Still, these findings were not robust at all timepoints and at all outcomes.”

Nevertheless, given that these two first-line treatments for ED are comparatively non-invasive and generally safe for patients, do not interact poorly with one another, and in fact, appear to produce better results when used together, this may be a promising combination treatment option for patients with mild-to-moderate ED.