ISSM Board of Directors

To accomplish its mission, the ISSM relies on the contributions of an outstanding roster of professionals. 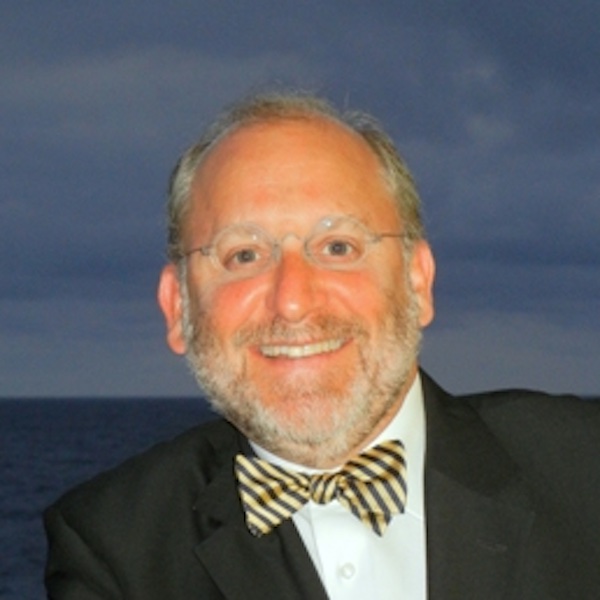 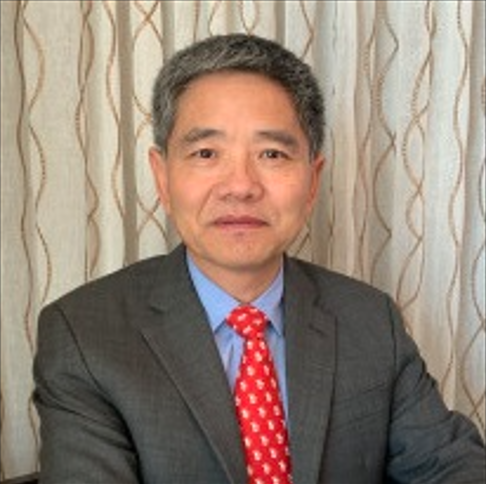 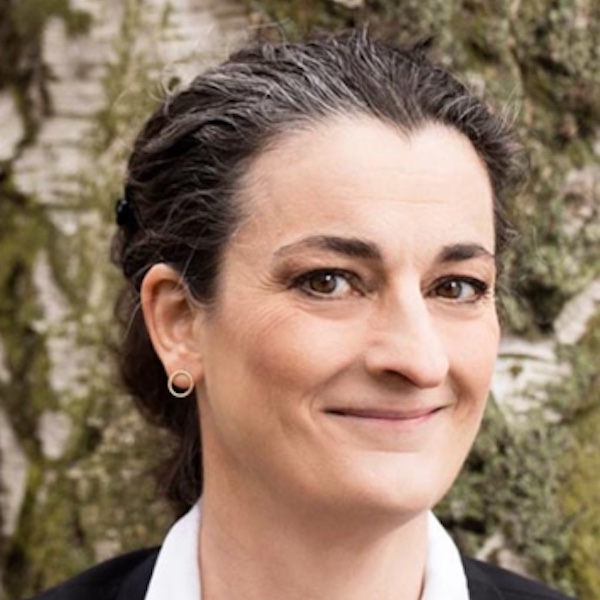 Past President of the International Society for Sexual Medicine MD, Ph.D, FECSM, Professor Giraldi is Senior Consultant in Psychiatry in the Sexological Clinic at Psychiatric Center Copenhagen and Professor of Clinical Sexology at the University of Copenhagen, Denmark, where she also received her medical degree and PhD. Professor Giraldi has been involved in the field of sexual medicine for many years, educating medical students, nurses, physicians and psychologists in sexual medicine.

Professor Giraldi has been involved in basic research on vascular and smooth muscle function in male and female sexual responses, clinical research on the pharmacological treatment of erectile dysfunction and female sexual desire and arousal disorders as well as in research on somatic disease, psychiatric problems and sexuality. Clinically Professor Giraldi works with men, women and couples with sexual dysfunctions as well with transgender care. 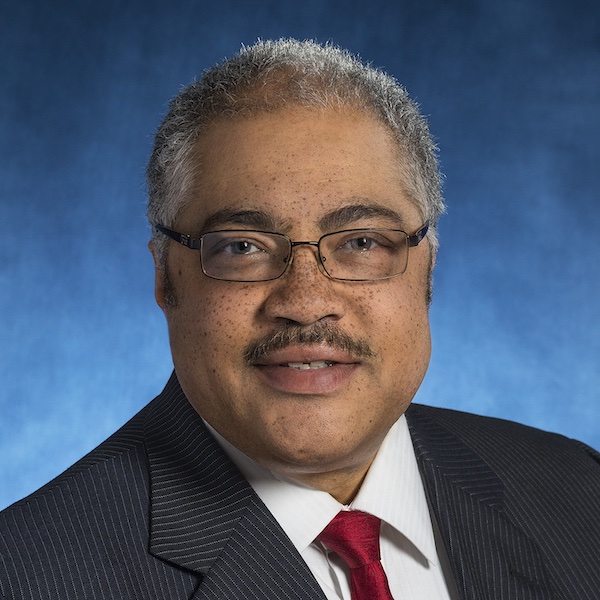 Dr. Arthur (Bud) Burnett received his A.B. degree in Biology from Princeton University and M.D. and M.B.A. degrees from Johns Hopkins University. He performed post-graduate training in general surgery, urology, and reconstructive urology and urodynamics at the Johns

Hopkins Hospital. At present, he holds the position of Patrick C. Walsh Distinguished Professor of Urology. Dr. Burnett has served in multiple professional capacities with medical organizations and advisory committees. He has made academic contributions consistent with his biomedical research and clinical activities in sexual medicine, major pelvic reconstruction, and genitourinary oncology. He has written more than 300 original peer-review articles, 70 editorial comments, 50 book chapters, and 2 books. 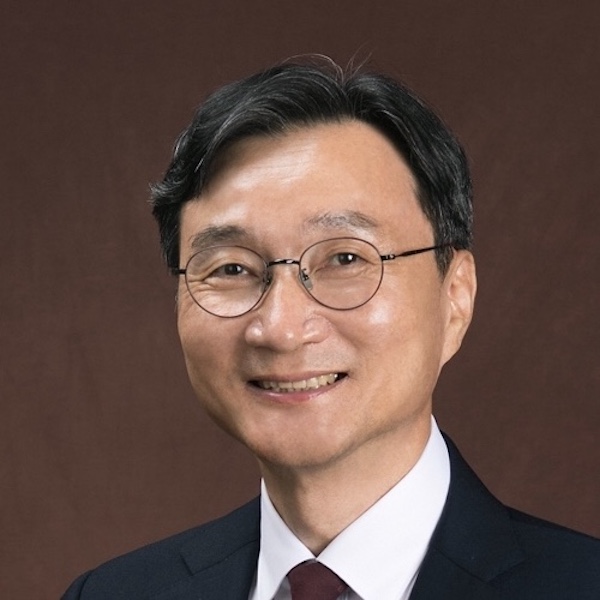 Dr. Kwangsung Park is a Professor of Urology at Chonnam National University Medical School, Gwangju, South Korea. He received his medical degree (1983) and Ph.D. (1993) at Chonnam National University and Urology Board certification in Korea. He also did a fellowship in male erectile dysfunction (1995-1997) at Boston University School of Medicine, USA. Dr. Park is currently the Secretary-General of the ISSM and EIC of Investigative and Clinical Urology. He served as an EIC of Sexual Medicine open-access journal (2015-2020). 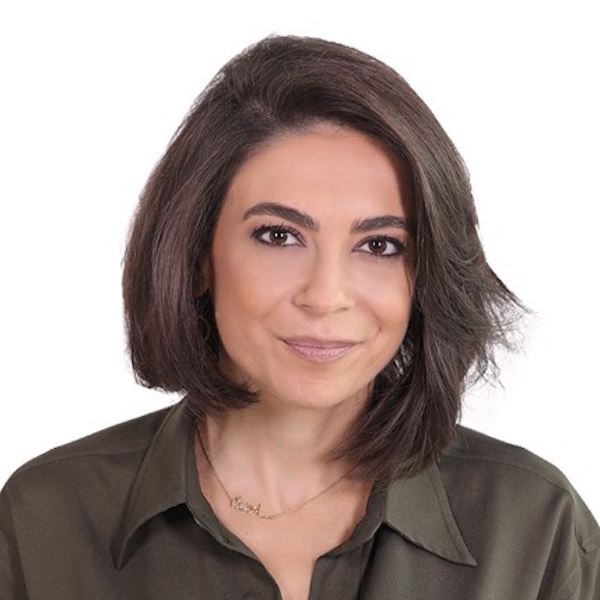 Sandrine Atallah, MD, MHM, FECSM, ECPS is a consultant in sexual medicine and a certified psychosexologist.

She graduated as a Medical Doctor from the Saint Joseph medical Faculty (2004). She then obtained her degree in clinical sexology from René Descartes University, Paris V, Faculty of Medicine (2007), and her degree in Medical Hypnosis from Pierre and Marie Curie University, Paris VI, Faculty of Medicine (2005). She has also qualified as a Fellow of the European Committee of Sexual Medicine (2014). She is a EFS & ESSM Certified Psycho- Sexologist (2016).
She has additionally a Master in Health and Hospital Management from the ESA (Ecole Superieure des Affaires) and Paris- Diderot (Paris VII) University (2013).
Along with her private medical practice in sexual medicine in Beirut at La Clinique du Levant and at AUBMC (WISH program), she teaches Human Sexuality at several Lebanese universities (Saint Joseph medical Faculty in Beirut and the Lebanese American University).
Secretary general of the MESSM (Middle East Society of Sexual Medicine), she was its treasurer (2017- 2019) and the chairman of its Public Awareness Committee (2011- 2017).
She is also a board member of the Société Francophone de Médecine Sexuelle (SFMS), the co- chair of the ISSM Communication Committee, and the social media coeditor of the Journal of Sexual Medicine.

Actively working on promoting sexual health in the Middle East, she has participated in the development of the MESSM public information website. She was as well the social media editor of the MESSM and its public website (2011- 2018). 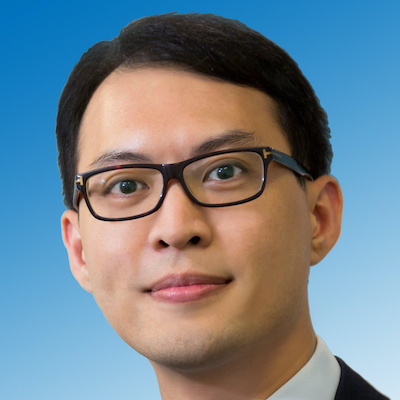 Dr Eric Chung is a consultant urological surgeon at the AndroUrology Centre for Sexual,
Urinary and Reproductive Excellence and holds professorial academic appointments at
the University of Queensland in Brisbane and Macquarie University Hospital in Sydney,
Australia. He is currently the Secretary-General for the Asia Pacific Society of Sexual
Medicine (APSSM), and Chair of the Membership Committee at the International Society
on Sexual Medicine (ISSM). He has held numerous positions within ISSM over the last
10 years including Scientific Convenor for the first (hybrid) virtual WMSM in 2021,
Chair of Scientific Committee, Chair of the Prostate Cancer Survivorship Committee at
the last International Consultation on Sexual Medicine and editorial board members of
various ISSM journals (current Associate Editor for SMOA and past editorial board
member of JSM). He has been awarded a Special Service Award by the ISSM in 2021 as
an acknowledgement for being instrumental in the promotion of the ISSM worldwide and
having provided outstanding services to ISSM. Within the Asia-Pacific region, he has
served on the executive board of APSSM since 2012 and is appointed as one of the vice
presidents of the International Chinese Urologists’ Association (ICUA), as well as the
Chair of the Male LUT section and past Chair of the Andrology section for the
Urological Society of Australia and New Zealand (USANZ). 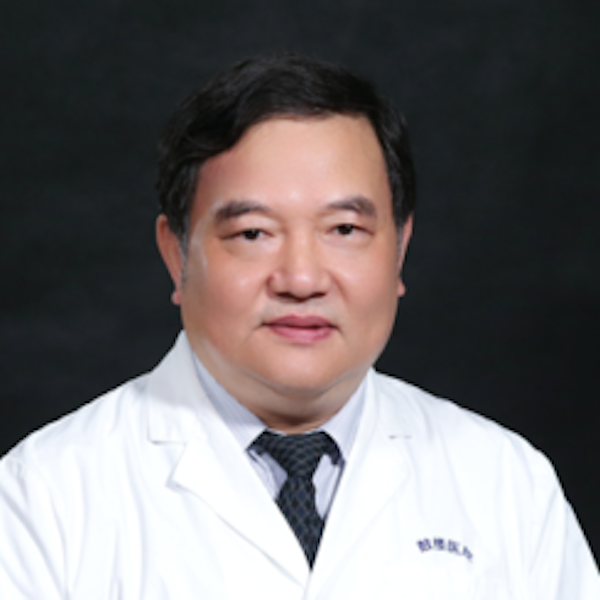 Prof. Yutian Dai, M.D., has been working in urology and andrology at Nanjing Drum Tower Hospital since 1983 and founded the Department of Sexual Medicine and Andrology there. Dr. Dai has been committed to the study of male sexual dysfunction with more than 170 publications under his name. He is the executive vice president of the China Sexology Association, was elected as a member of APSSM’s executive committee in April 2019, and as a member-at-large on the ISSM executive board in October, 2020. 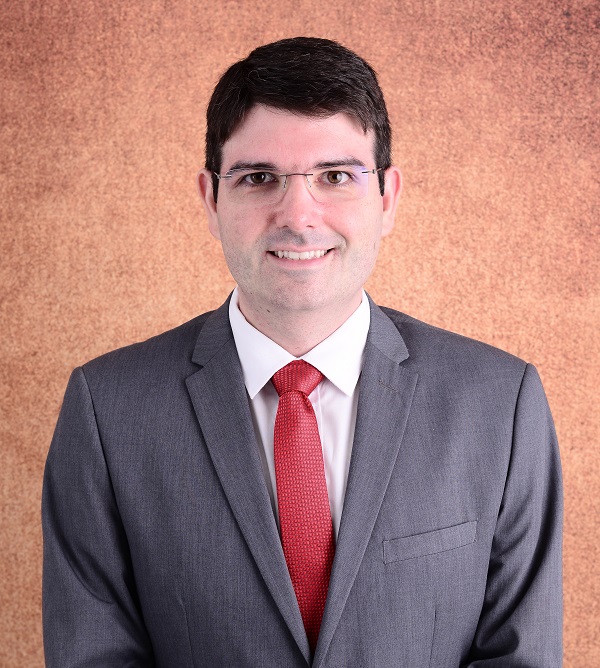 Since his first years of medical school, Dr. Miranda has always been passionate about sexual medicine research when he was involved in a project about male sexual dysfunction in kidney-transplanted patients. He was able to finish his PhD program in Urology at the University of Sao Paulo before departing for his training in the United States (2016). At the moment, he is participating in several research projects, including clinical and experimental studies, and has published numerous articles in peer-reviewed journals and textbook chapters. His research activities are currently focused on nerve and erectile recovery following prostatectomy, development of biomaterials for penile reconstructive surgery, and outcomes of testosterone therapy. He was honored in 2018 with the best research project presented at the 18th SMSNA Annual Fall Scientific Meeting and is currently the recipient of ISSM Zorgnotti Grant (2019).

He is currently working in the city of Fortaleza, northeastern Brazil, devoting himself to both academics and patient care. Dr. Miranda is an advocate for the high standards of sexual medicine in Latin America, where he serves  a member of the Board of Directors in SLAMS. He is also chair of the ISSM Finance and Audit Committee. He works also as national coordinator of the Andrology Department within the Brazilian Urological Association (SBU) and the Second Treasurer of the Brazilian Association for Sexual Medicine and Health (ABEMSS). 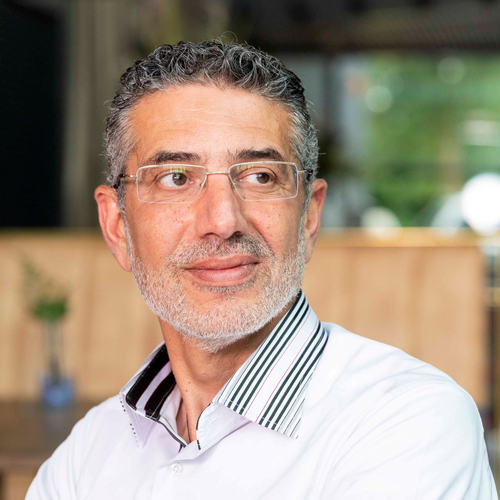 In 2011 he become a registered sexologist by the Dutch Society of sexology (NVVS) for which he received an honorary membership in 2022. He is honorary and visiting Professor for urology of the Russian Federal Institute of Urology, Moscow and of the Shanghai Institute of Andrology of the Medical School of Shanghai Jiao Tong University. He is active member of the European Association of Urology (EAU), Past-President of the
European Society for Sexual Medicine (ESSM), Ex-President of the Multidisciplinary Joint Committee on Sexual Medicine (MJCSM), for which he receives Silver Decoration of Honor from the European Union Medical Specialists (UEMS), Academician member of the European Academy of Andrology and co-director of ESSM School of Sexual Medicine. He is senior lecturer of Clinical Sexology at the RINO-Amsterdam, Netherlands.

He was responsible for setting up the sexual medicine educational program of the ESSM and establishing of the European accredited certification examination in Sexual medicine under the umbrella of the UEMS.

His special interest and publications are among others on male and female sexual dysfunction, cancer and sexuality, sexuality in chronic conditions, PSSD, POIS and life style and sexual function. Y. Reisman is among others co-editor of the ESSM Manual of Sexual Medicine, The EFS-ESSM Syllabus of Clinical Sexology, Cancer, Intimacy and Sexuality, and The Textbook of Rare Sexual Medicine Conditions.

Dr. Nagao studied andrology, sexual medicine, and pediatric urology from Dr. Tom Lue, Dr. Baskin, and Dr. Turek at the University of California, San Francisco. His main academic focus and field of study is microsurgery and plastic surgery in the urogenital area. He has published over 100 papers.

Trained by Leading Experts in USA (Lenox Hill Hospital; Advanced Urological Care); Europe (Heidelberg University-klinikum Heilbronn), and Asia in two subspecialties Endourology and sexual medicine; Holder of a Masters degree In Biological and Medical Science; and Fellow of the European Board of sexual medicine.

Current president of the MESSM; Dr Feghali’s plan is to: 1- continue previous MESSM projects and maintain the collaboration with ISSM and the affiliated societies. 2- increase awareness in the new medical and surgical treatment and prevention for patients with sexual dysfunction. 3- improve sexual education for parents and kids. 4- raise awareness about sexual assault and abuse. 5- collaborate with the World Health Organization, universities, schools, and local medical societies in ME. 6- offer grants for doctors in order to attend the annual MESSM meeting. 7- update the MESSM website and social media platform. 8- increase the number of MESSM members. 9- support the research activities in sexual medicine field. 10- help people and communities in ME in getting access to caring doctors in Sexual medicine.

Dr Feghali's motto: "No patient with ED and acceptable Heart Function is Untreatable"

Dr. Khera is currently a Professor of Urology in the Scott Department of Urology at Baylor College of Medicine. He holds the F. Brantley Scott Chair in Urology. He specializes in male and female sexual dysfunction and testosterone replacement therapy. Dr. Khera also serves as the Director of the Laboratory for Andrology Research, the Medical Director of the Baylor Executive Health Program and the Medical Director of the Scott Department of Urology. He is currently President- Elect of the Sexual Medicine Society of North America.

Mrs. Goldstein is an AASECT Certified Sexuality Educator and an ACRP Certified Clinical Research Coordinator, as well as managing editor of Sexual Medicine Reviews. She works at San Diego Sexual Medicine to develop clinical research projects, write protocols and oversee clinical trials, as well as supervise educational programs and support trainees. Mrs. Goldstein’s passion is education and in addition to co-authoring When Sex Isn’t Good to provide education and empowerment to women with sexual dysfunction, she has served as Education Chair of ISSWSH and currently serves on the Global Development and Online Services Committees and Chairs the Industry Relations Committee for the International Society for Sexual Medicine. In addition, she develops programs for The Institute for Sexual Medicine, a charitable corporation dedicated to research and education in the field.

The ISSM Advisory Council is comprised of the Past Presidents of the ISSM and provides advice and recommendations to the ISSM Executive Committee, Board and staff regarding issues being faced by the ISSM and on matters of mutual interest. The Advisory Council shall meet at least twice a year but may be meeting more frequently either independently or in conjunction with the ISSM Board and/or Executive Committee.