What are multiple orgasms? How common are they? 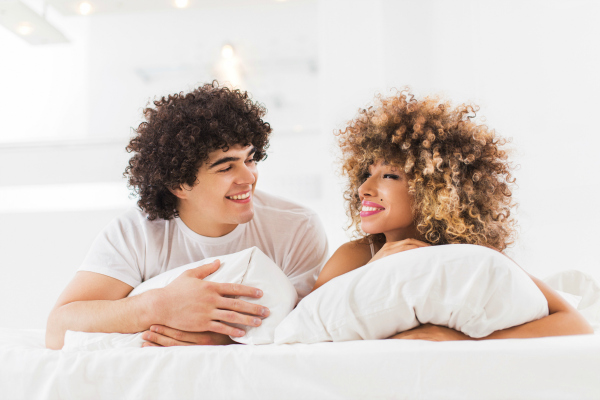 Multiple orgasms occur when a person climaxes more than once during a period of sexual activity. They are more common in women, but not all women have them.

Most women have the capacity to have multiple orgasms, but past research suggests only about 15% actually do.

Multiple orgasms have not been studied extensively, and much of what we know comes from patients’ personal stories.

Others feel that multiple orgasms can occur with more time in between. With this definition, a woman might climax once, rest a bit, then climax again minutes later.

Often, women find that their second or third orgasms are less intense than their first ones. But this doesn’t mean they are any less pleasurable.

For some women, multiple orgasms might have nothing to do with sex. Women with persistent genital arousal disorder (PGAD) may feel sexually aroused for hours or days without any sexual stimulation. They may have several spontaneous orgasms that they cannot control within a short period of time.

It’s often thought that men are unable to have multiple orgasms because of their refractory period. After ejaculation, men’s bodies go through a period of rest during which they do not become sexually aroused again. Some men’s refractory periods are short – just a few minutes. But for others, the recovery time can last 12 to 24 hours, or even longer.

Still, some men say they can indeed have multiple orgasms. Much of the information in the medical literature is based on men’s subjective experiences. A 2016 review article explains that for men, multiple orgasms occur within a span of 20 minutes, but the ability to have them declines after age 30.

The article noted that multiple orgasms in men are more likely to occur when men avoid ejaculation for a while, use psychostimulant drugs, change partners in a group sex setting, or use sex toys.

Men and women should not worry if they don’t reach multiple orgasms. Sexual experiences can still be greatly satisfying without them. However, if couples would like to try having multiple orgasms (or improve their current orgasms) they should be open about their sexual likes and dislikes and consider trying a variety of sexual activities. They should also be patient and relaxed. Sometimes, it takes practice to achieve multiple orgasms.

Some experts also recommend focusing less on multiple orgasms as an end-goal and concentrate more on the journey there.