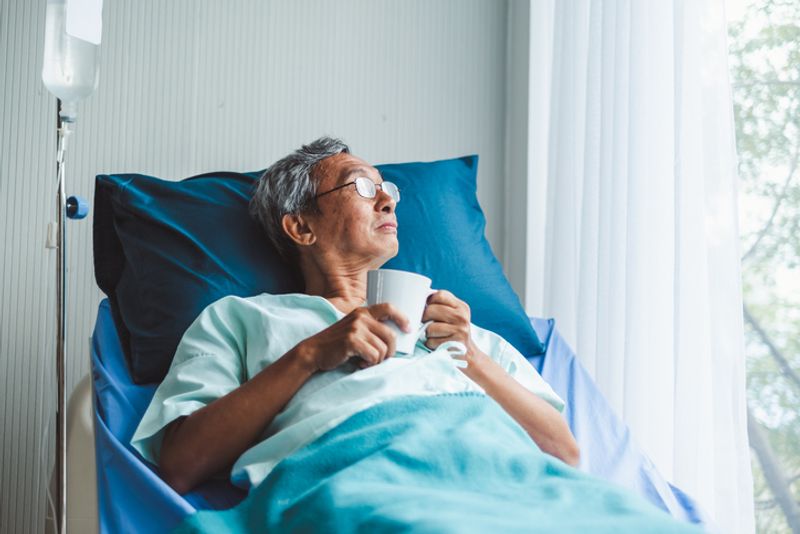 Radiation therapy is a common treatment for prostate cancer. Unfortunately, it has been shown to negatively affect a man’s sexual function in some cases. In particular, the association between prostatic radiotherapy and erectile dysfunction (ED) is well documented, despite it generally showing better sexual health outcomes than radical prostatectomy (surgery to remove the prostate and surrounding tissues) in the short term.

Ejaculatory function is another important component of a man’s sexual health, but thus far, information on the effect of radiation therapy on ejaculatory function has been limited. Nevertheless, men who experience ejaculatory dysfunction after prostatic radiotherapy typically complain of decreased ejaculate volume and occasional pain with ejaculation.

The participants of this study had been treated for prostate cancer with SBRT at Georgetown University Hospital between the years of 2013 to 2019. Their ejaculatory function was assessed using the Ejaculation Scale (ES-8) from the Male Sexual Health Questionnaire at baseline (before treatment), as well as at 1, 3, 6, 9, 12, 18, and 24 months after SBRT treatment. The median age of the participants at the time of receiving treatment was 65 years.

Additionally, the patients reported perceived decreases in force of ejaculation and ejaculate volume at each assessment, resulting in a downward trend for each of these factors. The sensation of ejaculating without ejaculate became more of an issue for patients following SBRT as well.

However, perhaps the most concerning data involves ejaculatory discomfort and bother. At baseline, 10% of the participants reported experiencing some discomfort or bother with ejaculation, and 1% considered it to be a moderate to severe problem. One month after beginning SBRT, these percentages rose to 35% and 8%, respectively.

These results suggest that patients undergoing SBRT may experience meaningful changes in their ejaculatory function that they should be made aware of before treatment. While SBRT may lessen negative sexual health outcomes compared to other treatments for prostate cancer, it still has some negative side effects. As such, it is important that prostate cancer patients receive comprehensive treatment from a multidisciplinary team that can address the sexual, mental, and physical aspects of health that are affected by this type of cancer.