What might it mean if a man’s semen color changes? 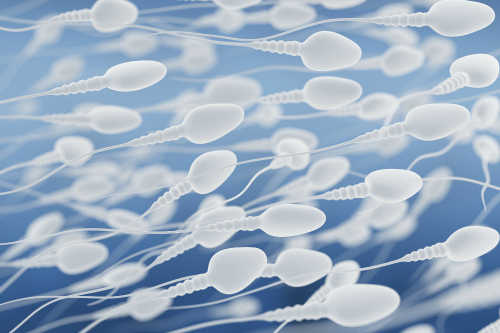 Men typically ejaculate semen that is a whitish-gray. But sometimes, they notice slight changes in semen color and consistency based on the food they’ve eaten that day, their activities, or how long it has been since they last ejaculated.

However, there are times when semen might be pink, reddish brown, yellow, or green.

Changes in semen color are not always a cause for alarm, but men should see their doctor if such changes persist for over a week or if they have other symptoms, such as pain, swelling, fever, chills, or blood in the urine.

If semen is pink or reddish-brown, there might be blood mixed with the semen, a condition called hematospermia. Bloody semen can have many causes:

In rare cases, hematospermia can be caused by testicular cancer or prostate cancer.

Most of the time, there is no identifiable cause for blood in the semen, and the finding is completely benign.

Yellow semen could be linked to any of the following:

Green semen could indicate a sexually-transmitted infection or prostatitis.

Treatment for changes in semen color vary depending on the cause. For example, if a man has prostatitis or a sexually transmitted infection, he may need to take antibiotics.

Men know their bodies best, and generally know the usual color of their semen. But to be on the safe side, it’s a good idea for men to see a doctor if there are any changes in their semen’s color or consistency, or if they detect a foul odor. Pain, burning sensations, swelling, itching, or anything else unusual should definitely be addressed by a doctor.