What is gender fluidity? 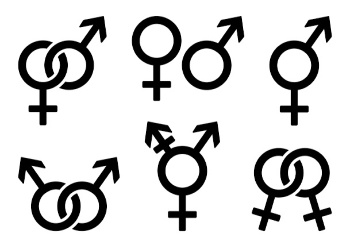 The term gender fluid (sometimes written as genderfluid or gender-fluid) describes a person who does not have a fixed gender identity. In other words, that person does not feel that they identify completely as male, female, or another gender. Their gender shifts on a continuum or spectrum.

Some gender fluid people also identify as non-binary, meaning that they do not categorize themselves as male or female.

In contrast, the person might feel more feminine at work and adopt more feminine traits while at the office or interacting with colleagues.

Or, a person might express themselves with both male and female traits.

Gender fluidity – how a person identifies – does not affect sexual preferences or orientation. It also doesn’t mean a person is transgender or intends to transition from one gender to another. Instead, it means that a person feels comfortable as male, female, somewhere in between, or another gender.

Gender fluid people often have preferred names and preferred sets of pronouns, such as they/them/theirs (singular “they”) or ze/hir/hir. It is respectful to ask which names and pronouns a person uses.