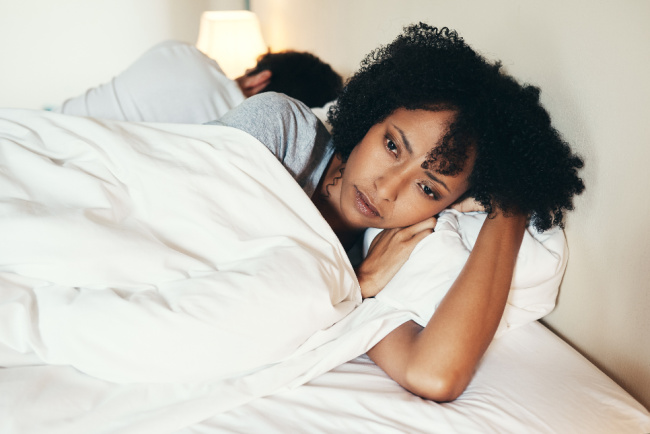 When a woman becomes sexually stimulated, her body goes through both physical and mental processes to get her body ready for sex.

Physically, additional blood flows to her genitals, which swell and become more sensitive to touch. Her vagina also lengthens and lubricates to make penetration easier and more comfortable.

Mentally, her brain becomes excited and “turned on” keeping her focused on the sexual encounter.

Together, these processes contribute to arousal.

It’s possible to have trouble with one or both of these processes. In recent years, experts have distinguished between female genital arousal disorder (FGAD) and female cognitive arousal disorder (FCAD) as a way to better understand arousal issues and guide treatment.

According to the International Society for the Study of Women’s Sexual Health (ISSWSH), FGAD occurs when a woman’s genitals don’t respond to sexual stimulation or if that response is inadequate for satisfying sex, leading to distress. For an FGAD diagnosis, the issue must be present for at least six months.

FGAD is usually characterized as follows:

As described by the ISSWSH, FCAD occurs when a woman doesn’t become or stay mentally engaged with sexual activity. In other words, her brain does not feel adequately “turned on.” As with FGAD, women with FCAD feel distressed about their situation. Symptoms must be present for at least six months for an FCAD diagnosis.

FCAD may be classified as:

Women who are concerned about arousal difficulties are encouraged to talk to their healthcare provider and/or a sex therapist.