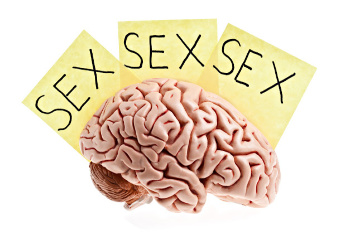 Hypersexuality (sometimes referred to as sex addiction or compulsive sexual behavior disorder) is a controversial diagnosis, but its associated behaviors can be addressed.

In general, people with hypersexuality have trouble controlling sexual urges to the extent that it impairs their lives and causes them distress. Such urges may interfere with their jobs, their family life, their relationships with friends, and their ability to manage daily responsibilities.

The concept of hypersexuality can be complicated.

Most people are interested in sex to some extent. It’s natural to enjoy intimacy. Some people have higher sex drives or want to have sex more frequently than other people, and that’s okay. Having a strong libido does not mean someone is hypersexual.

Currently, the American Psychiatric Association does not consider hypersexuality a mental disorder. But the World Health Organization does recognize it as an impulse disorder.

What makes hypersexuality different from having a strong libido is the compulsion, distress, and interference with daily life.

Hypersexual individuals might feel so compelled to have sex that they seek sexual gratification instead of taking care of daily responsibilities, like earning a living or taking care of family. They may spend unreasonable amounts of money on pornography. They may have affairs, seek multiple sex partners, or have unsafe sex.

Many people with hypersexuality try to control their urges, but find that they cannot. Often, they feel shame and guilt over their situation and develop depression or anxiety. In many cases, their sexual encounters are not satisfying.

Eventually, hypersexuality can lead to financial difficulties, end relationships, and have health and social consequences, like sexually transmitted infections and unplanned pregnancies.

Although the question of whether hypersexuality is “real” is difficult to answer, there is still help available.

People who feel that their sexual urges are out of control or interfering with daily life are encouraged to see a healthcare professional, who can refer them to a sex therapist, couples counselor, or support group. For some patients, prescription medications are a treatment option.