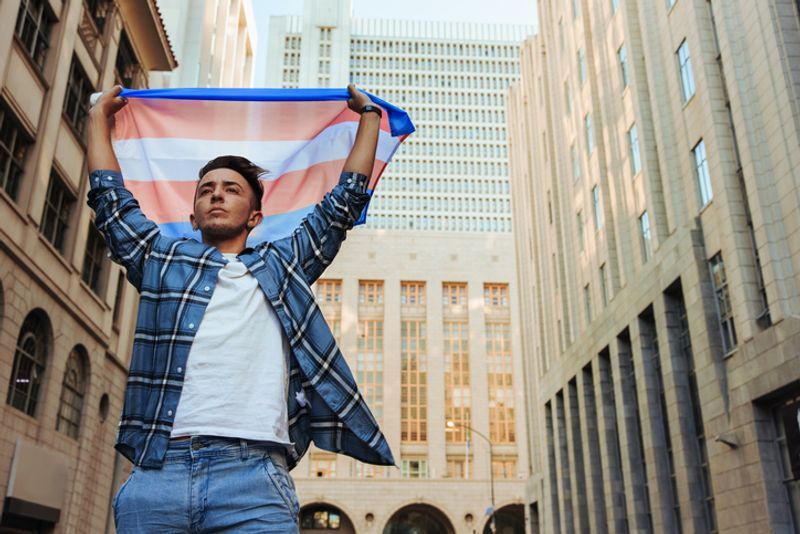 Phalloplasty is a surgery in which the surgical team creates a penis and scrotum for the patient, the creation of which is known as a neophallus. This surgery may be used for men who have lost their penises due to injury or illness, but it is also a type of gender-affirming surgery for transgender men who wish to transition their genitals to align with their gender identity.

While the neophallus can accomplish certain functions such as allowing an individual to urinate while standing up and giving a person genitals that suit their desired physical appearance, it lacks the erectile tissues necessary to achieve an erection. Therefore, transgender men who undergo phalloplasty need to use a different type of support like an internal prosthesis or an external erectile device to get an erection that is firm enough for penetrative sex.

As with any medical device or surgical solution, it is very important to consider patients’ preferences and concerns because they are the people who will ultimately be affected by the proposed solution. In this vein, a recent pilot study of a particular external erectile device surveyed 15 transgender men on their thoughts about getting an internal penile prosthesis.

The participants, who were between the ages of 18-65 years old, had all undergone phalloplasty at least a year before the start of the study and were in a relationship in which they wished to use their neophallus for penetrative sex with their partner (or were already doing so).

Although the external erectile device was the focus of the study, the participants were questioned about their interest in and possible concerns about getting an internal penile prosthesis. Then, they were asked to rate their concern about different aspects of getting an internal prosthesis on a 5-point scale ranging from “very unconcerned” to “very concerned.” The aspects of potential concern included in the survey were cost, needing additional surgery, finding a surgeon, side effects, and risk of device failure. Lastly, they were asked to explain their level of interest in an internal penile prosthesis and share any final thoughts on internal and external erectile devices.

In the open-ended section of the survey, five of the respondents expressed a wish to be able to have sex more spontaneously without the use of external devices or needing to wrap the neophallus in tape to create firmness. Four of the men also mentioned that an internal prothesis might feel more natural or like a cisgender man’s penis, which they considered to be positive.

On the other hand, those who were not interested in getting an internal device cited worries about device failure and the concern that penile prostheses were not designed with transgender men in mind, so they may not be suitable for transgender patients’ needs.

This study had limitations, specifically its very small sample size and the fact that the transgender men included were enrolled in a pilot study for an external erectile device, meaning that they may have been more interested in external devices than internal devices. Nonetheless, the findings indicate that there is an interest in internal erectile devices among transgender men, and further research should be done to explore more suitable devices that are designed for this group of patients.