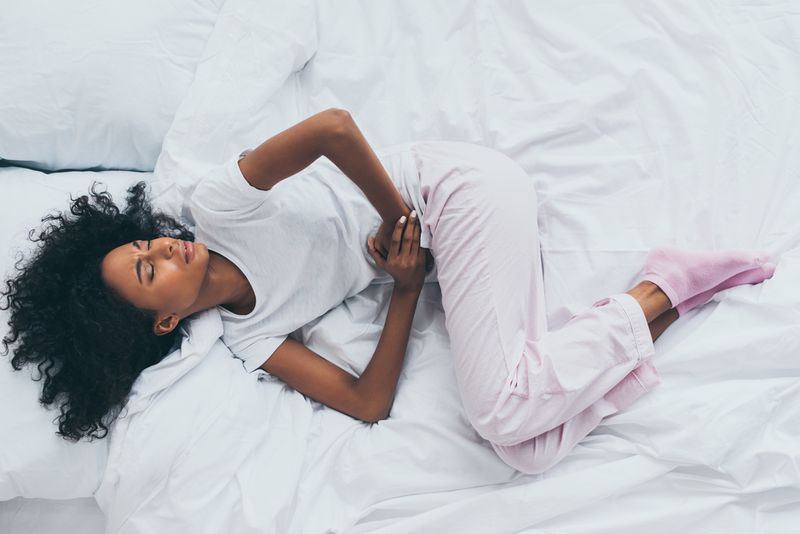 Endometriosis is a medical condition in which tissues similar to the endometrium (the tissue that lines the uterus) begin to grow outside of the uterus. It is estimated to affect between 2 to 10 percent of U.S. women between the ages of 25 to 40, and it is most common in women in their 30s and 40s. An often painful condition, endometriosis can cause intense menstrual cramps, heavy menstrual bleeding, pain with sex, and infertility.

What happens in a woman’s body when she has endometriosis?

Over the course of a woman’s menstrual cycle, the tissues that line her uterus build up, then break down and shed if she does not become pregnant, resulting in her monthly period. When endometriosis causes similar tissues to grow outside of the uterus, (usually in the ovaries, fallopian tubes, or on the pelvic tissues surrounding the uterus,) these tissues behave in the same way as the endometrium. They thicken, break down, and shed, but because there is no way for them to leave the body, they cause bleeding and inflammation within the pelvis. This situation can lead to swelling and the development of scar tissue inside the pelvic area, sometimes resulting in adhesions (abnormal bonds) between pelvic tissues and organs. Endometriosis that occurs in the ovaries may create cysts known as endometriomas.

What are the symptoms of endometriosis?

The following are the most commonly reported symptoms of endometriosis:

The cause of endometriosis is still unknown, but experts have proposed and continue to study several possible causes including:

About two-thirds of women with endometriosis report experiencing at least one sexual issue. Most often, the issue is dyspareunia, which is the medical term for painful intercourse. This experience varies greatly from person to person because it depends on where the endometriosis is located and the severity of the condition. For example, endometriosis located in the lower uterus or near the vagina may cause more painful penetration due to its proximity to the penetrating object.

Some women have pain during intercourse, while others have pain only after intercourse. The type of pain also varies among patients and has been described as mild, sharp, stabbing, deep, and/or aching.

Understandably, when a person has had a painful experience with sex, they may feel more anxious to have sex again. This can contribute to feelings of fear, anxiety, and stress related to sex.

How can endometriosis symptoms be managed for more enjoyable sex?

There is hope for women with endometriosis when it comes to enjoying sexual activity. Importantly, women with endometriosis are encouraged to communicate with their sexual partners, especially when an experience is painful or uncomfortable. They can experiment with different positions that may make penetration more comfortable and incorporate other sexual activities into their routine such as oral sex and digital stimulation. It may be helpful to avoid sex around the time of menstrual periods when symptoms are heightened and sex may be more painful. Finally, speaking with a healthcare provider about the situation can help. There are medications and surgical options available that may help alleviate symptoms and improve sexual experiences.